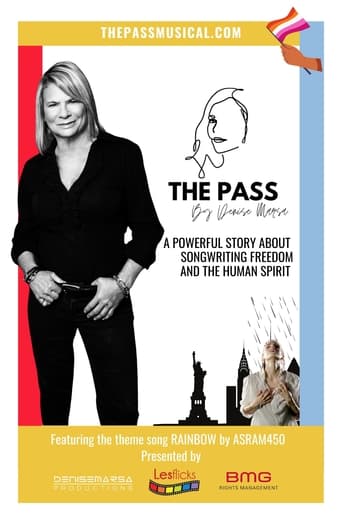 The Pass () – ‘The Pass’ is a compelling series of autobiographical vignettes incorporating songs and stories penned and performed by Denise Marsa. Marsa lays her soul bare as she weaves us through her struggles and accomplishments in the music industry. She has the courage to be authentically raw and vulnerable as she delves deep into introspection. Her sense of humor keeps her from falling into pathos, even when tackling difficult subjects such as sexuality and sexual harassment. What emerges is an entertaining portrait of a strong, talented, complex & inspiring woman. “The Pass” is a must-see tale about perseverance and the human spirit in a mesmerizing tour de force.

The Pass Ganzer Film in Germany